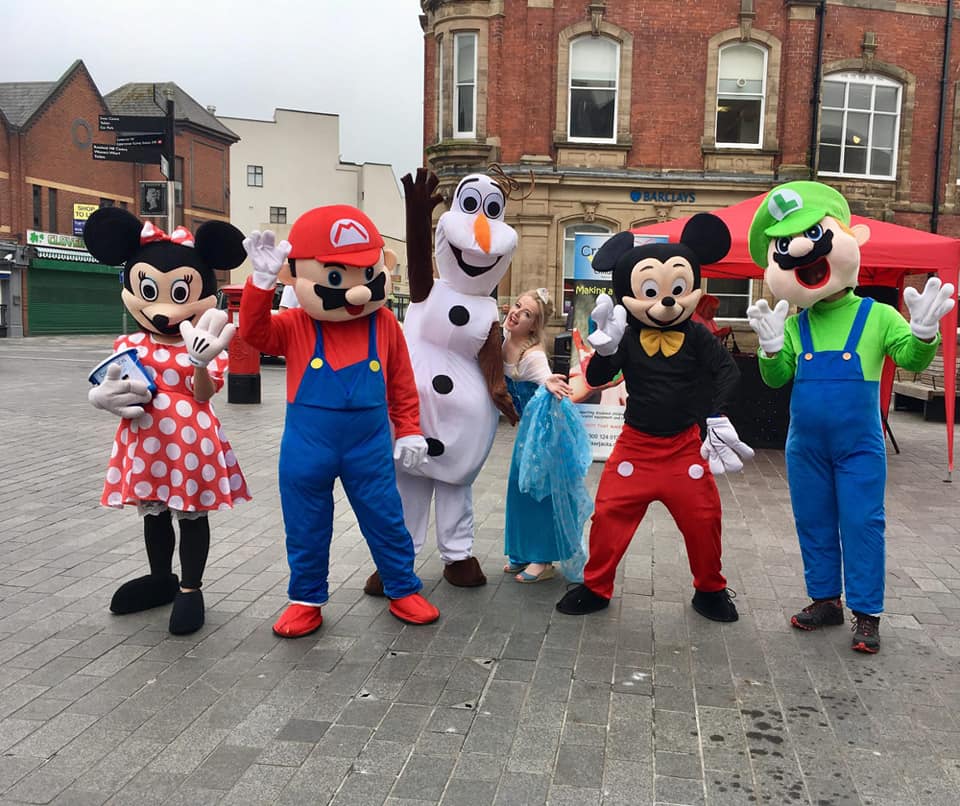 May 26th 2018 Young Gloves Instructors took to the High Street of Kidderminster dressed in costumes from Walt Disney.  Olaf, Elsa, Mickey Mouse, and the Mario Brothers were on show collecting for this disabled children’s charity in Kidderminster.

Starting at 10.00am the team entertained the public alongside other members of the Crackerjack team and DJ playing music to the crowd until 15.00pm.  The whole day was a massive success with £385 being collected for the charity.  This will be added to the £185 already raised from the club’s “Blind Karate” week and so a grand total of £570 was raised for this very worth cause.

This event was so popular with the club, charity and the public this is now likely to be another annual event for Young Gloves Karate.

Thanks again to everyone who was involved and for everyone who came out to see us and offered support.  Again we can be very proud, Young Gloves is definayly more than just a martial arts club, as part of the community we continue to excel in making a difference promoting good values and awareness to our society.